Home » Entertainment » Top 10 | The most controversial movies about religion

Even though it is one of the most controversial, personal and delicate themes of all times, religion has always been a present and recurring subject within cinema. From serving as a moral and social reference for stories to bringing dogmatic and cultural discussions into strong and heavy plots. Many of these productions were even banned in some countries that had the religions undertaken as a political base; other tapes made a lot of noise and were able to generate debates that changed the history of some nations, thus showing the power of the seventh art.

This happens from the creation of cinema, when films were used as a form of political expression, to the present day when they appear as a representation of the author’s speech. Even in times of military dictatorship, talking about religion was always necessary for reflection. For, like it or not, the cult is always linked to the course of history and how the world and society built over the ages. In cinema, all genres have one of those remarkable titles that, directly or indirectly, dialogued with their generations.

Recently, we had the premiere of the controversial Benedetta, led by the ever-controversial Paul Verhoeven, the filmmaker who whenever he releases a new film, whether in any genre, has something interesting to say. Benedetta is no different, it is a provocative, sensual and brutal portrait of the bowels of the Catholic Church. That exposes the hypocrisy and repression present in many leaders of the strand. So, piggybacking on the launch of yet another contesting work by Verhoeven, we separate here a list of ten great films that talked about religion in their own way. Come on!

Taking as a source of inspiration the homonymous rock opera that was a huge success on Broadway, by portraying some of the details not described in the Bible about the relationship between Jesus and Judas, presented in a peculiar perspective, the now highly cult Jesus Cristo Superstar bothered several Christians by not showing the resurrection of Christ and bringing an affectionate look from the disciple who betrayed the messiah for thirty pieces of silver. Not to mention the relationship between Jesus and Mary Magdalene, which even messed with Pope Paul VI, who called the film “a clumsy and erotic film”. 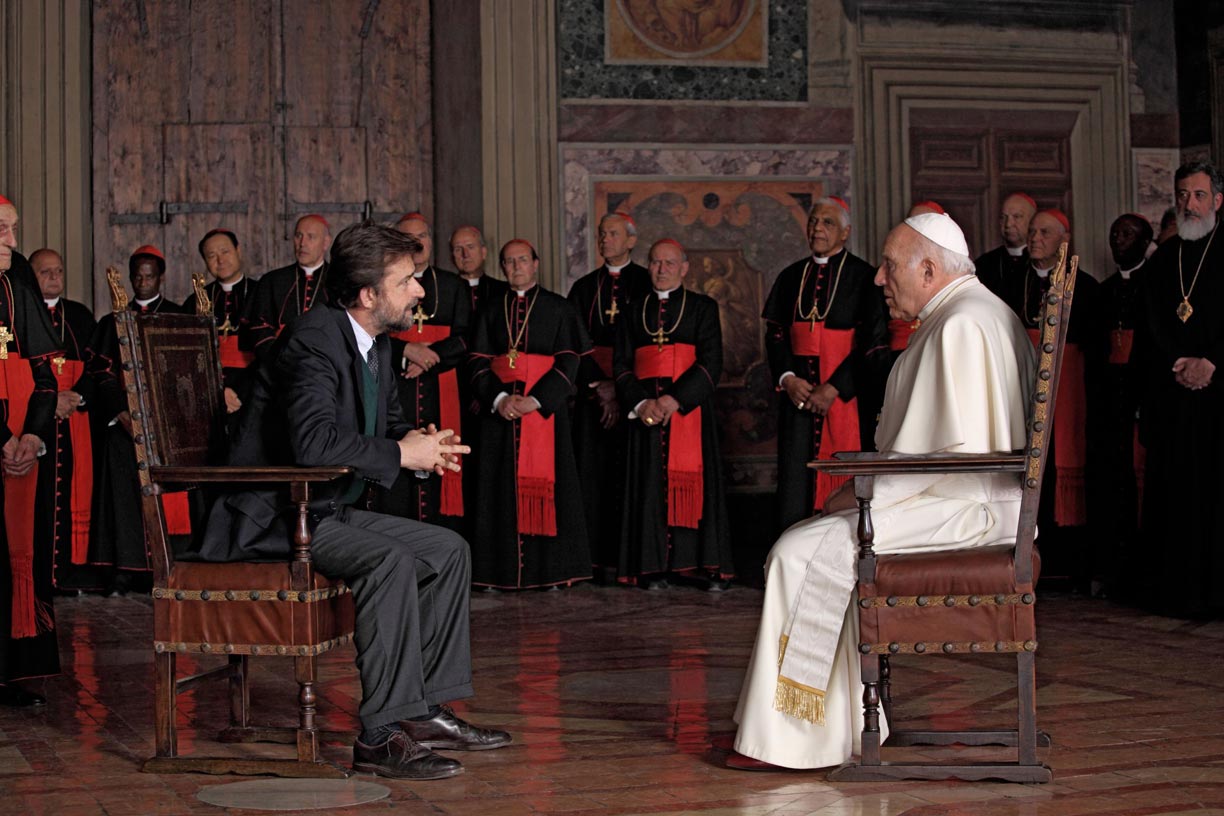 Have you ever thought about a priest being elected the new pope and immediately refusing the mission to guide his thousands of faithful? Just over a year before the controversial German Pope Benedict XVI resigned from office, Cardinal Melville (Michel Piccoli) suffered the same dilemma in a sensational comedy directed by the genius Nanni Moretti. Appearing almost as a kind of prophecy, the film starts right away with a table of terrified cardinals. The Italian feature, the birthplace of world Catholicism, humanizes the supreme leader of the Catholic Church and the other members of the Vatican, from showing them playing sports to having therapeutic sessions. It’s just wonderful! 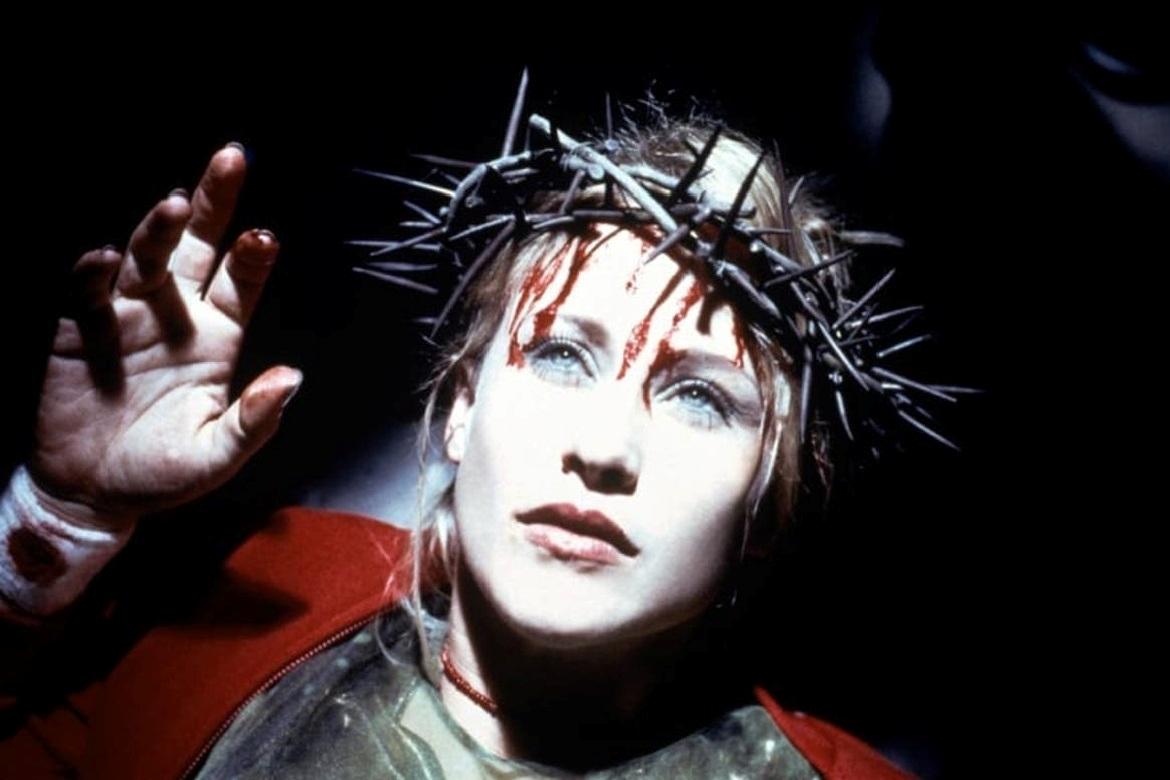 Stigmata is it a bad movie? Yes, but it also shocked several Catholics who dared to watch it. The film features an atheist woman who begins to feel the wounds of Christ on her body, with this happening after she buys a rosary that belonged to a priest who investigated supernatural phenomena in a fictional city in Brazil. In Catholicism, the stigmata are the marks that appear on the faithful in the same places as the five wounds of Christ: on both hands, feet and chest. The horror movie starring Patricia Arquette represents the phenomenon that would have been received by São Francisco de Assis and Santa Rita de Cássia, however, later, we discover that such marks actually have nothing to do with Christ, but with the other side of the coin, the devil! 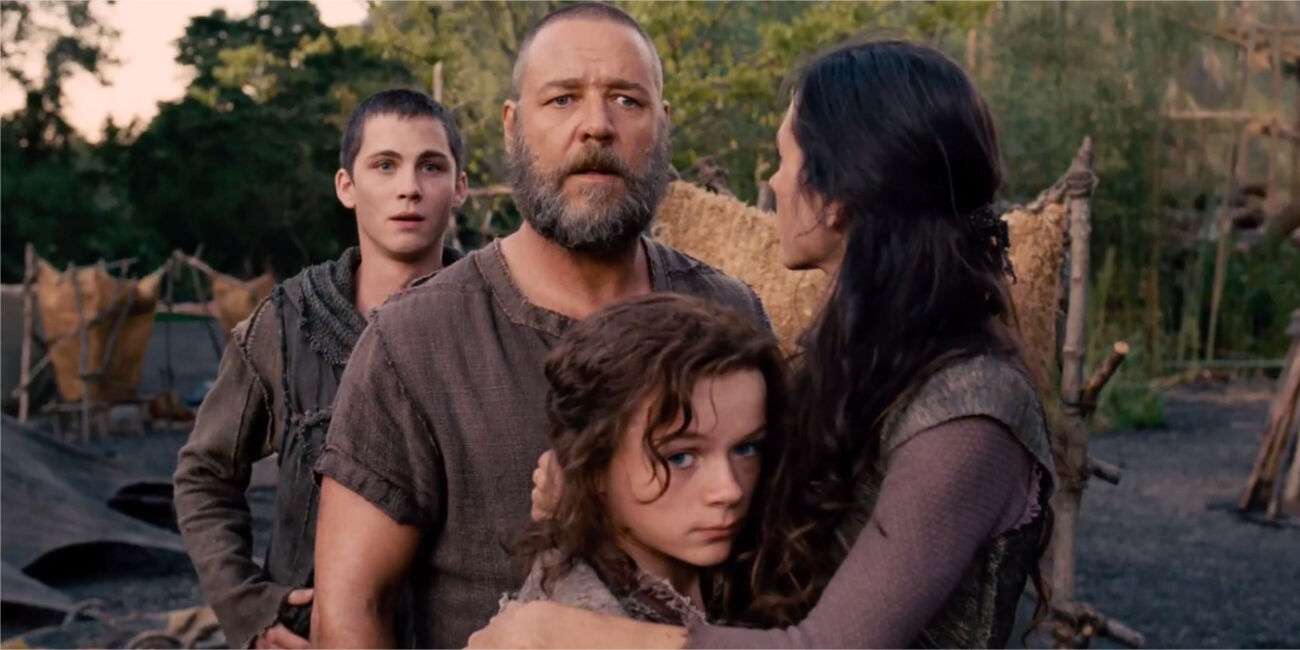 After getting in the middle of a deluge of controversies, the film Noé, by the also controversial director Darren Aronofsky, known for works such as Requiem for a Dream and Black Swan, it was the target of accusations by religious people and was banned in Arab countries. Forcing star Russell Crowe to defend him even in front of Pope Francis. Russell Crowe accepted the role for the boldness of the project, which is a personal retelling, first released in a comic book by Aronofsky himself. Let’s say Noah is a Transformers version of the Old Testament. 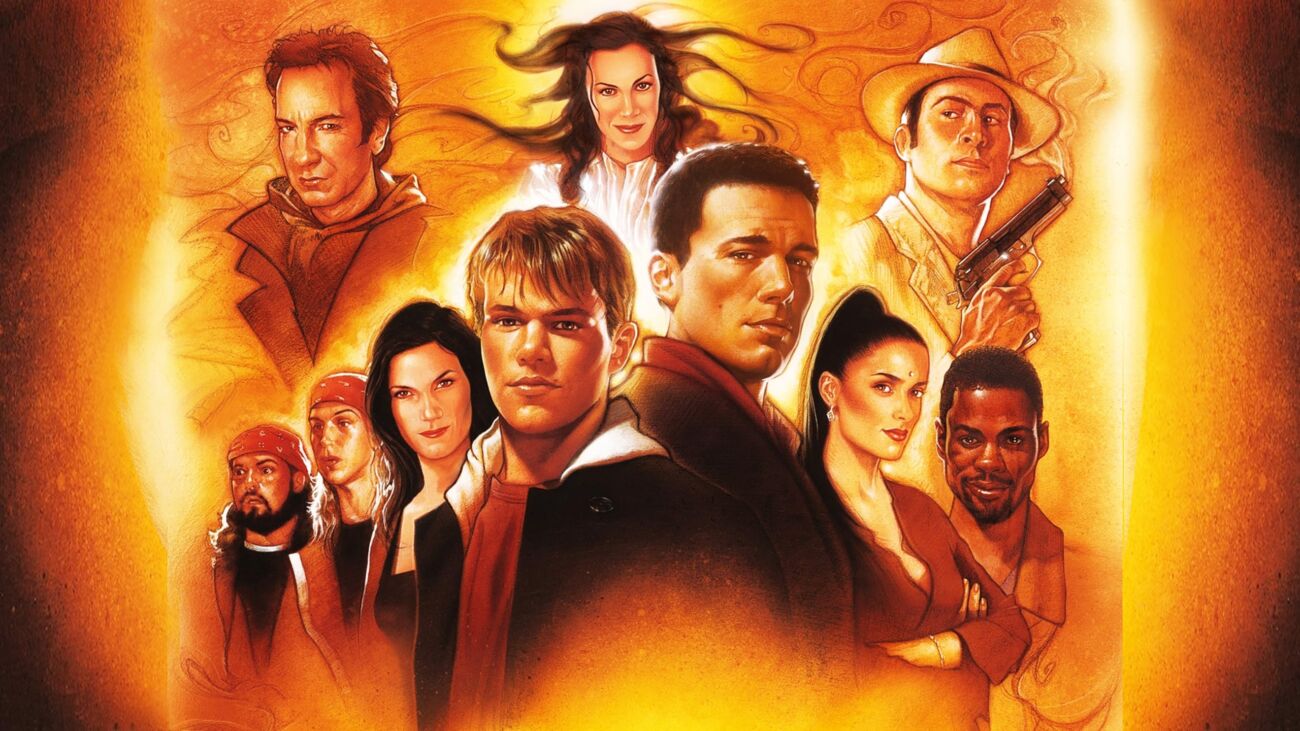 the filmmaker nerd Kevin Smith decided, at the height of his career, to make a Christian comedy and put the singer Alanis Morissette in the role of God, something that earned him several protests and even some death threats. The long one brings Ben Affleck e Matt Damon like two angels expelled from heaven and exiled to the USA. For them to return to paradise, they will have to go through the door of a church and have their sins forgiven. It turns out that if they do this without first completing other missions, they will bring the human race out of balance. The film is very entertaining, but also quite ironic, being marked by the statue of Jesus is cool. 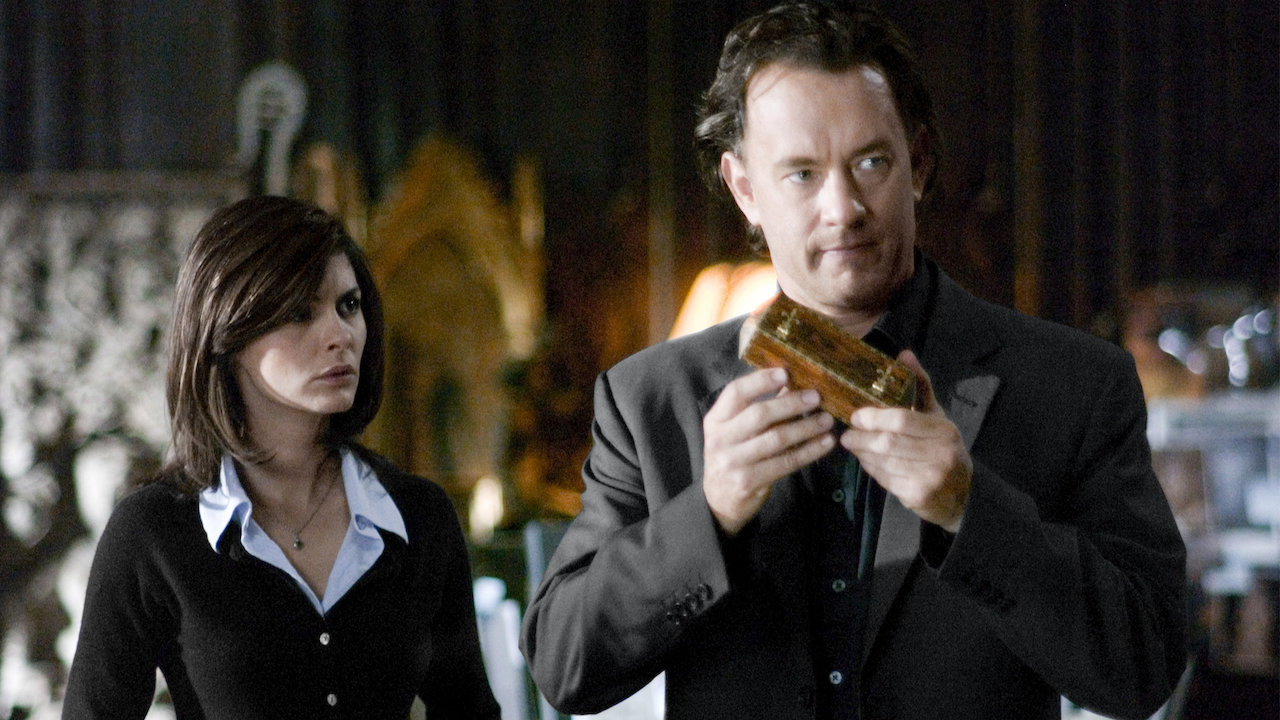 After its launch full of controversies, even in the book that gave rise, in The Da Vinci Code we see a murder happen inside the Louvre and after that some clues from the works of Da Vinci lead to the discovery of a religious mystery protected by a secret society 2 thousand years ago. Something so serious that it could shake the foundations of Christianity. The controversy arose when And brown, author of the book, questioned the divinity of Jesus Christ and his supposed romance with Mary Magdalene; in addition to questioning large Catholic organizations, such as Opus Dei and the Priory of Sion secret society. The film is not that great, but it gave a lot to talk about. 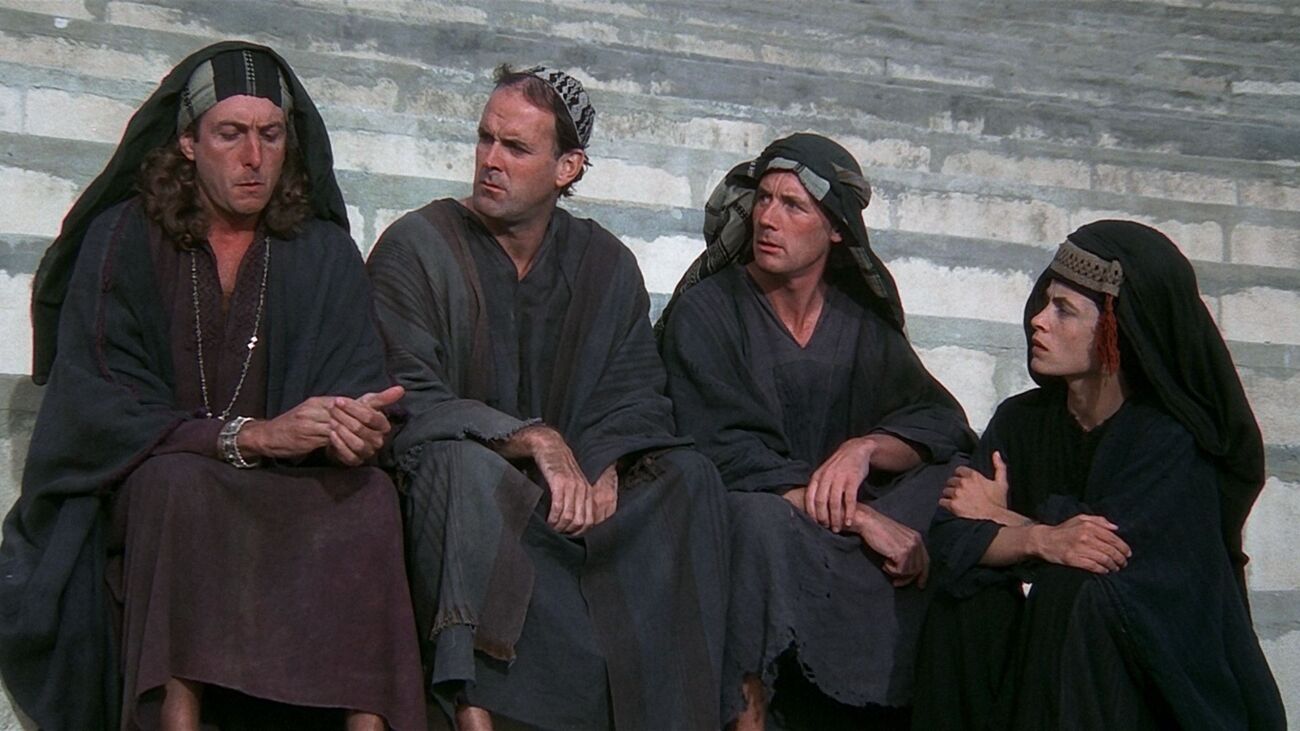 Life of Brian tells the story of a man who when least expected is considered a saint, but is nothing more than an ordinary human being. The intention of the film is not to retell the story of Jesus in reverse, but to criticize the rain of false prophets and charlatans who use religion to shepherd their sheep. In a TV debate, John Cleese, actor in the film, discussed with religious representatives about the blasphemy that his new feature brought. Cleese questioned their faith when he raised the idea that if a movie shakes someone’s faith, it’s because there’s something wrong with that person’s faith. One of the most important works in the history of cinema about religion. 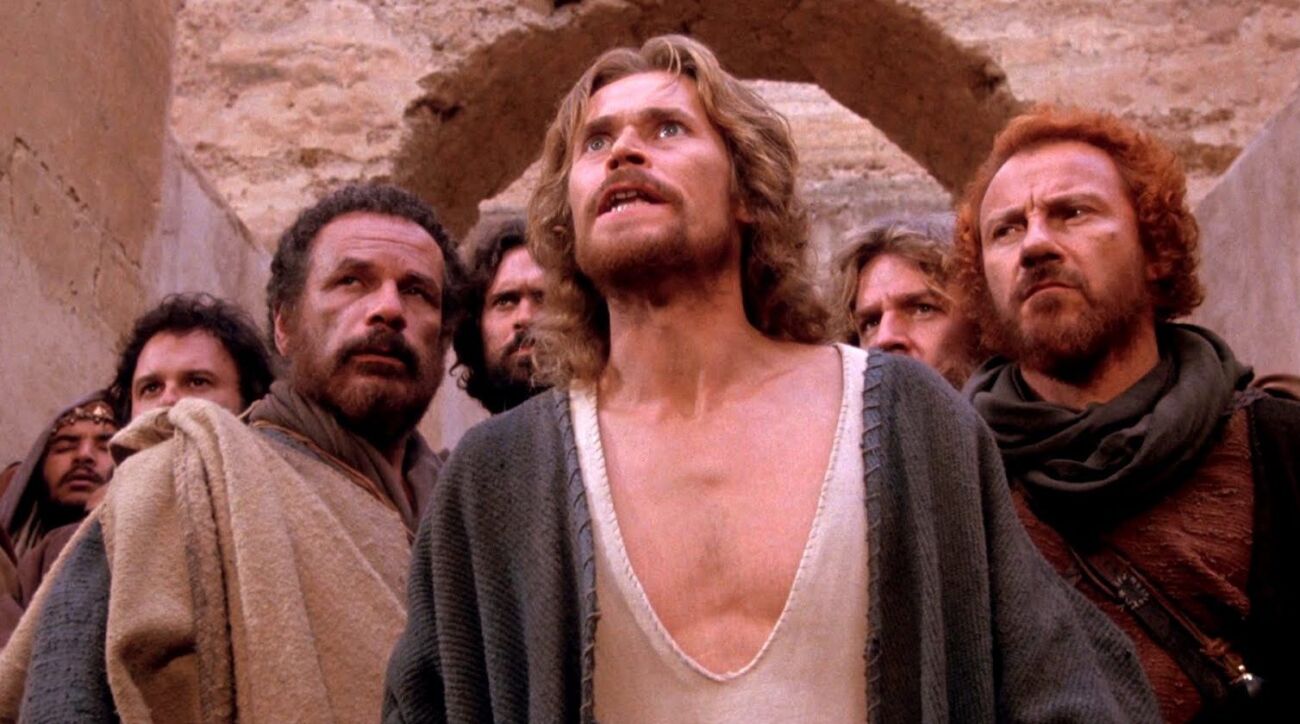 About what we talk about, where religion is present in people’s lives, Martin Scorsese is one of those filmmakers who was raised in an environment of devotion to the Catholic faith, where all his films bring this theme as a background. However, he always wanted to make a movie about Jesus Christ, until in 1988 he did it and it pissed off a lot of people. The film was based on the novel of the same name by Níkos Kazantzákis, which shows what happens when Jesus of Nazareth (played by Willem Dafoe!) imagines his earthly life as an ordinary man, not carrying the weight of a sacrifice that will save humanity. Jesus is shown as someone who has many doubts, fears, anxieties and moments of depression. The messiah, by the way, marries Mary Magdalene and has many children. By the way, Master Scorsese did not hesitate to film a sex scene between Christ and his wife. A really heavy work that even today many people are afraid to check out. 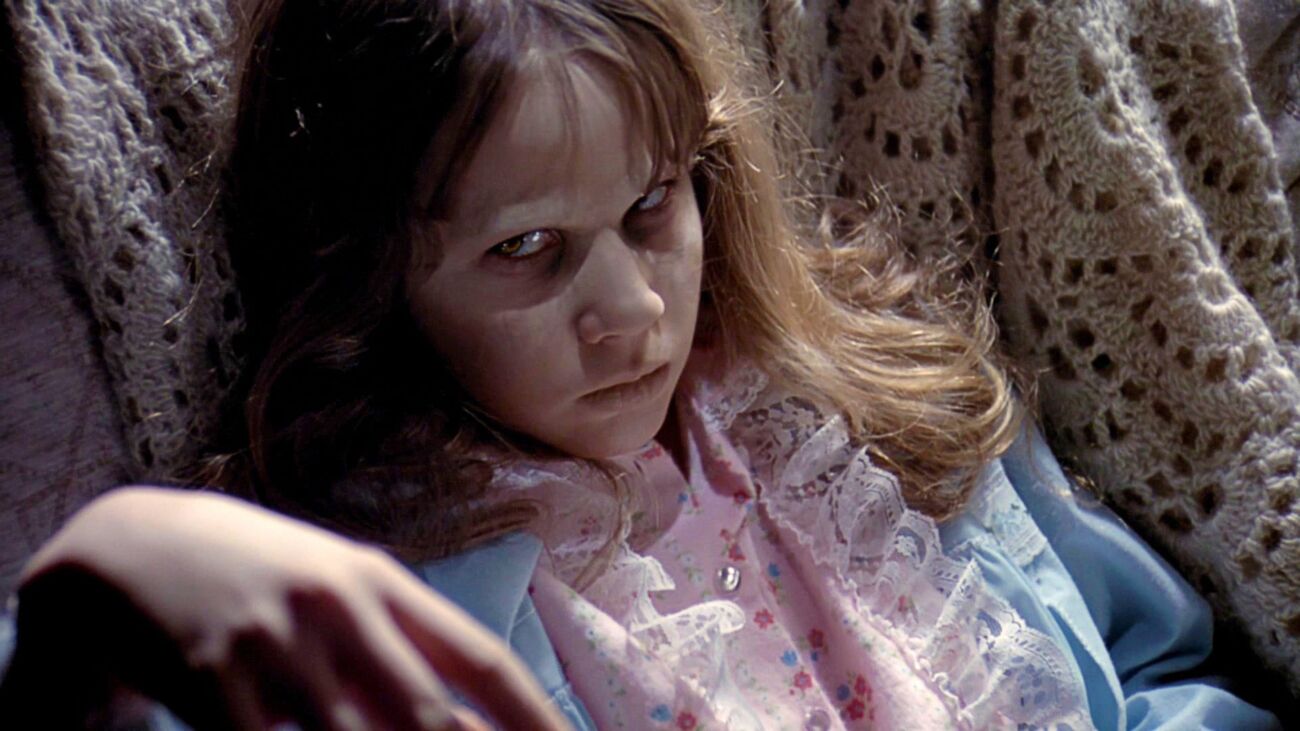 Mixing terror with religion, The Exorcist it’s also one of the most cursed movies of all time. The first character killed in the film passed away a week after filming ended. In addition to him, the younger brother of one of the actors died; a cameraman’s wife lost her baby; a studio employee was murdered. Anyway, there were several surreal cases. In the plot we see a 12-year-old girl exhibiting strange behaviors, such as speaking in a guttural voice, urinating in public and turning her neck. After the mother took the girl to several psychologists, the only hope the woman had was that of a priest in crisis with his faith. In other words, this is one of those unforgettable, spine-chilling film. 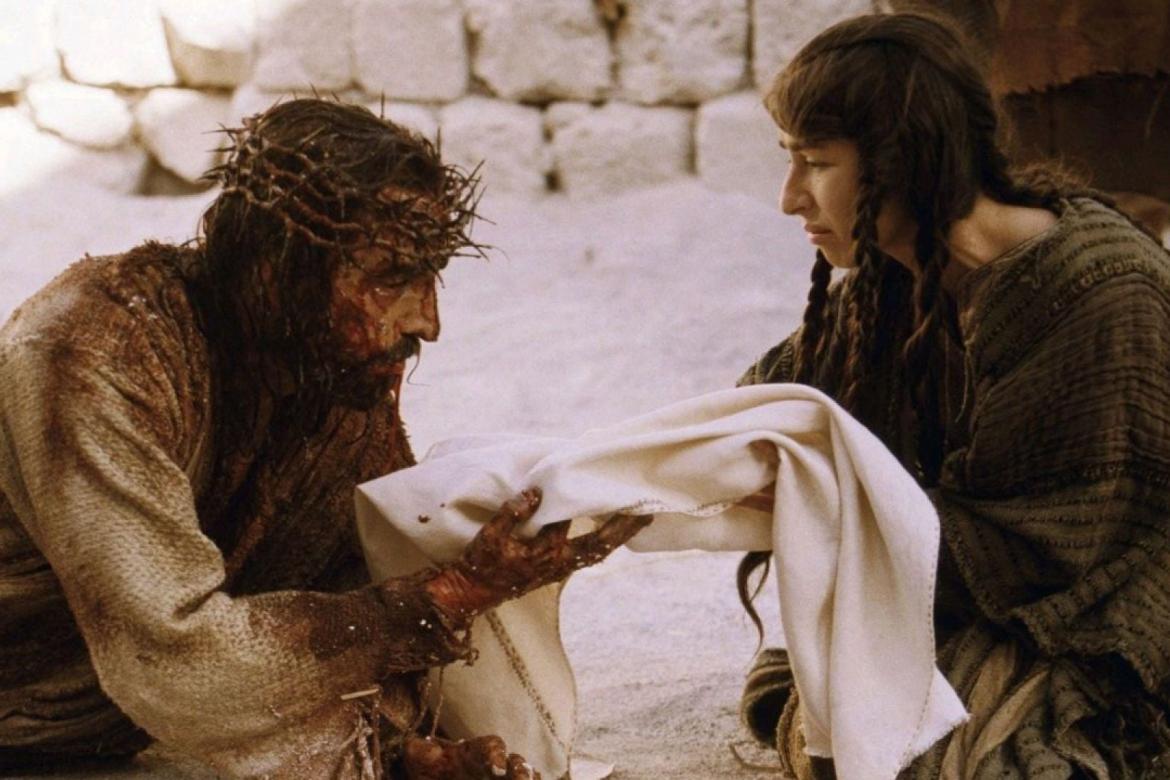 The actor Mel Gibson showed in The passion of christ his most controversial and brutal work as a filmmaker, with the idea of ​​approaching the last 12 hours of Christ before his crucifixion. Based on the Gospels of the Bible, the Tanakh and the visions of an 18th century nun, the film’s main language is Aramaic, Latin and Hebrew. And, even before it was released, the film struggled to find a distributor, because many executives considered the production anti-Semitic for allegedly blaming, in an exacerbated way, the Jews for the death of Christ, especially because of the way the high priest was portrayed. Caiaphas. The topic was widely debated by newspapers, with Gibson being caught saying he wanted to kill a journalist from The New York Times, after the outlet published a story against The Passion of the Christ. The actor said: “I want his intestines on a skewer. I want to kill this dog“. Heavy, just like the movie.