100% Vaccination: The world’s largest vaccination campaign against the corona epidemic is going on in India. These vaccines are being administered absolutely free of cost on the initiative of the Central Government. Meanwhile, the Union Health Ministry has released the list of those states and union territories where the first dose of corona vaccine (100% vaccination) has been given to 100% of the population. Union Health Minister Mansukh Mandaviya congratulated him for this achievement. These states and union territories include- Himachal Pradesh, Ladakh, Dadra and Nagar Haveli, Sikkim, Daman and Diu and Lakshadweep. Let us tell you that so far 73 crore people have been vaccinated in the country. 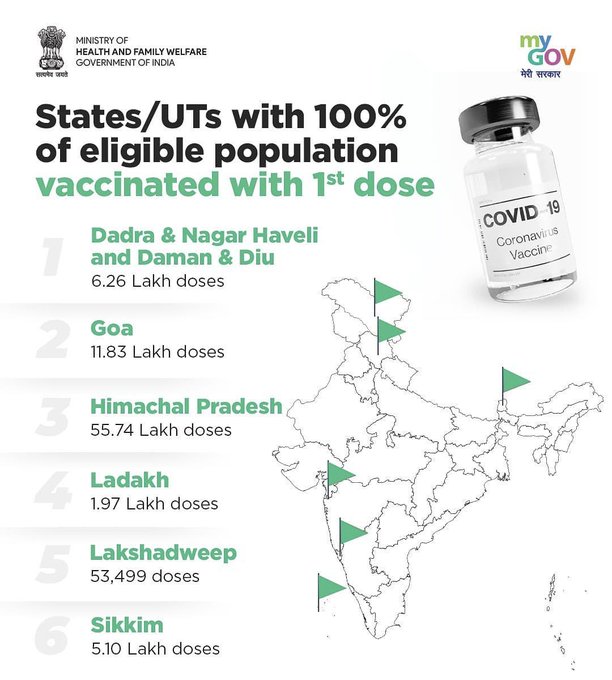 The second wave of corona seems to be under control, but the concern of Nipah virus is increasing. Its cases are continuously coming up in Kerala. Latest news is coming from Karnataka. Here a guideline has been issued regarding Nipah virus. Karnataka Health Commissioner Dr KV Trilok Chandra has said that those who are coming from Kerala will be kept under observation. According to him, we have already issued a detailed advisory regarding the precautions to be taken against Nipah virus. Surveillance measures have already been taken in all the border districts. People coming from Kerala will be under surveillance.